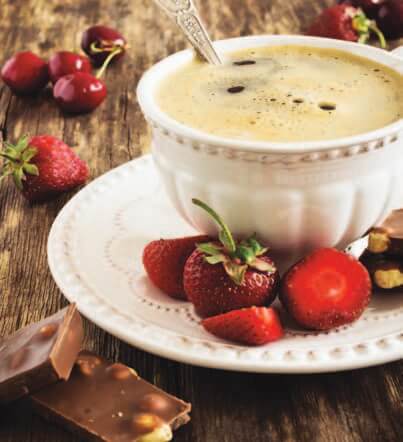 As almost 10,000 Baby Boomers officially become senior citizens each day, the focus on preventing and treating age-related ailments becomes distinctly more urgent. HealthWise presents an ongoing look at research that provides valuable insights to help today’s seniors – and the generations set to follow – create a vibrant next chapter. We began with strategies to keep the aging brain healthy, and continue in this issue with a look at how your senses, specifically taste and smell, are affected by the aging process. Look for the latest on safeguarding your sight and sound in future editions.

A Taste of the Future

Savoring the sweetness of a rich chocolate, breathing in the scent of a fresh burger on the grill…taste and smell trigger the delights of eating by matching odorous molecules in the air with memories stored in your brain.

Taste buds have helped humans since the beginning of time identify foods as sweet, salty, sour, bitter or savory, and provide a warning not to ingest toxic substances. Forever intertwined with smell, food molecules travel through the rear of the nasal cavity to olfactory receptors in the roof of the nose – that is why if you hold your nose and put chocolate in your mouth, you will not taste the chocolate.

An effortless process for most, recognizing tastes and odors is actually cognitively demanding, and for older people, can be extremely challenging, as these capabilities greatly diminish as we age. Although new neurons continue to form in the olfactory region of the brain into adulthood, by age 50, the sense of smell starts to deteriorate rapidly as the number of sensor cells that detect aroma decrease…by age 80, smell detection is reduced by almost 50 percent. There is also a weakening of the nerves that carry the signals to the brain, and in the olfactory bulb, which processes them. In addition, the sense of smell may be diminished by reduced production of mucous, thinning of the nose lining and hormonal changes.
At the same time, the tongue’s taste buds are on the wane, dwindling from a high of 10,000 to just 5,000 in older adults. Dry mouth, caused by a reduced flow of saliva that is commonly seen in the elderly, or from medications such as antihistamines or antidepressants, also cause a loss of taste perception.
Why this matters: The ability to detect odors from spoiled foods, gas leaks and smoke is critical to safety. Taste issues means food becomes less appealing, and unhealthy amounts of sugar or salt may be added to food to make it more palatable, or less food is eaten, potentially leading to nutrition problems.

While there may not yet be a way to completely halt the decline, experts recommend a number of strategies to sharpen your senses of smell and taste and keep them working longer and better:*
Take brisk walks daily…exercise heightens the smell sense.

Finally, buy safety products, such as a gas detector that sounds an alarm you can hear.

Forget Me Not: Normal Aging, Mild Cognitive Impairment or Dementia?